THE exhibitions and conference industry can be demanding. Those of you who’ve ever done a long day on an expo stand know it’s a strain on both brain and body.

Hours on your feet engaging with potential clients and the possibility of after-show hospitality, with the inevitable food and drink, can leave you seriously drained.

In recent years the concept of well-being at events is something that more and more organisers and venues are factoring into their offer. Organised lunchtime swims and walks, or delegate discounts for local health clubs are some of the incentives event organisers now expect to see. The trend will certainly see venues and destination management organisations (DMOs) coming up with increasingly sophisticated wellbeing packages.

Here in Harrogate we’re lucky to have plenty of open green space, gardens and health spas. We’re also seeing the growth of a movement established by one local fitness and mental wellbeing campaigner and which is becoming a big hit amongst residents as well as our event delegates and organisers.

So who’s up for squeezing in a 6am run between breakfast and work? That’s what the Early Bird Run Crew is all about - the creation of 33-year-old Ben Davis who in 2018 raised more than £27,000 by running a lap of the whole of Yorkshire, for suicide prevention charity CALM. We caught up with him to find out why Early Bird is such a hit with busy working people.

“Everybody’s so busy and we might have 10 or 12 hours each day before we finally get some time to ourselves,” he said. “By getting up on a morning you are taking ownership of the first part of your day and doing something really positive. You feel like you’re achieving something straight away.”

So what type of person turns up in the middle of Harrogate at 6am, in their running gear, ready to do a 5K?

“There’s a real variety,” said Ben. “The mix is incredible. You might get executives running alongside a young apprentice. You get people running together whose paths might never cross during a working a day. It’s a great leveller. We have a massive age range too. At the moment we have runners between the ages of 17 and 70.”

The idea for the Early Bird Running Crew was born in North Yorkshire but word spread quickly, reaching as far as Finland, where Ben was asked by organisers of a Helsinki health summit to lead a simlar run for delagtes.

“It went down an absolute storm,” he said. “They want to repeat it this year, so we’re working on a wider range of fitness platforms.”

The early bird run was born out of the event industry and, now it’s found a home in Harrogate, is attracting delegates from the Convention Centre. After partnering with the recent British Turf Management Exhibition (BTME), Ben found himself with around 130 people ready for a pre-exhibition run, including the show’s director.

Ben said: “After the run I had one lady say to me she had been coming to BTME for 16 years but had never left the venue. She had never seen how beautiful Harrogate is.”

Early Bird regular and director of Harrogate International Festivals, Sharon Canavar explained what she gets out of the group.

“You think ‘why am I doing this to myself?’ then you get to the finish and there are people clapping you as you come in and you think ‘what a great way to start the day’. It’s the best alarm clock in the world.

“It’s not so much a running club but more a massively supportive environment. And of course we’re really lucky to live in Harrogate – getting to run around the town and the Stray”.

If you’re interested in joining the Early Bird Run Crew, you can visit Ben’s website by clicking here. Or check out the group’s video here.

The group holds runs each weekday morning in Harrogate and Knaresborough. The Harrogate group heads out from the Cenotaph in Prospect Crescent at 6am and 6.30am. The Knaresborough runners meet in Market Place at 6.30am.

Play the video below... 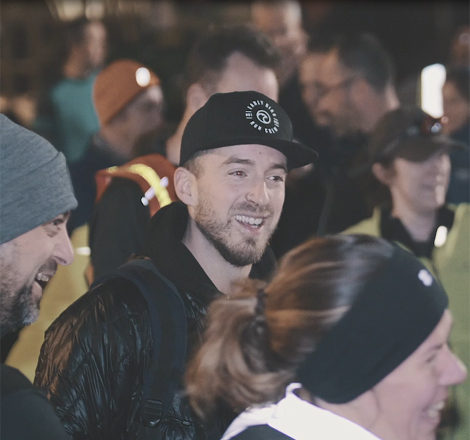