The best cyclists in the world are gearing up for the 2019 UCI World Road Championships and Harrogate will host the finish line on all nine days. The eyes of the world will again be on the town as we welcome the biggest sporting event since the Tour de France hurtled through the region in 2014. As anticipation mounts, we take a look at Harrogate’s place on the world cycling scene.

Fuelled with a love of cycling and a Victorian spirit of adventure, a young Edinburgh medical student set off on a 200-mile ride to the booming spa town of Harrogate. The year was 1878, and Stanley Cotterell’s arrival in the North Yorkshire town, along with 80 other enthusiasts of this radical new form of transport, marked the beginning of a significant chapter in the history of British cycling.

The previous year Cotterell had written an open letter to the Cycling Times, proposing the founding of a club for those looking to experience tourism (also a relatively new concept at the time) on their penny farthings.

While cycling clubs were by then springing up throughout the UK, most were aimed at either competitive bikers or those looking for a leisurely social spin. The reason Harrogate was chosen for this particular rally probably lies with Samuel Hattersley Ineson of the Bradford Bicycle Club, who enthusiastically backed Cotterell’s idea and helped organise the founding event.

And so, at the Harrogate Rally of 5th August 1878, the Bicycle Touring Club was formed, with Cotterell established as its honorary secretary. His epic, bone-shaking ride from Edinburgh to Harrogate become known as the Founding Route, and it still exists today through the National Cycle Network. The organisation, now rebranded as Cycling UK, boasts 65,000 members and has become a major campaigning voice in promoting and protecting cycling.

Since those intrepid cyclists set out to enjoy the countryside through pedal-power, the popularity of competitive and leisure cycling is arguably at an all-time high, not least here in Yorkshire. But Harrogate has been welcoming the world’s best long before the Tour de France swept through the region in 2014 for the Yorkshire Grand Depart.

Harrogate readers with long memories may remember French Week, a celebration of Gallic culture which ran throughout the fifties and into the sixties, each July. Once again, following a letter from a local cycling fan, a race was introduced to French Week with the support of Harrogate Borough Council.

A 1960 copy of Sporting Cyclist magazine described the race as “a tough six mile course, a gruelling circuit of climbs, descents and hair-pins with only half a mile of level road.” Riders completed six circuits before the winning line was crossed in the centre of Harrogate. The race grew in stature and attracted cyclists from Europe as well as huge crowds who would watch the riders hurtle by every 15 minutes as they completed another lap of the punishing but picturesque course. French week is now part of Harrogate’s history but its legacy lives on in the European markets which still take place regularly in the town.

In 2014, however, the crowds, cyclists and French culture returned to Harrogate in a spectacle which was seen by a global audience when Yorkshire was chosen to host the Tour de France Grand Depart. Tens-of-thousands lined the roads throughout the region to catch a glimpse of the riders over the two days of the world’s most famous cycling event.

The Grand Depart was a prestigious and hard-won chapter in the history of cycling in Harrogate. It came following lobbying and campaigning from many groups, not least Welcome to Yorkshire, the county’s official tourism body. Its legacy was not only valuable proof that the region had the experience, infrastructure and expertise to hold major events, but in the ongoing championing of world class competitive cycling.

The dust from the 2014 Grand Depart had barely settled before Welcome to Yorkshire announced the following year would see the launch of the region’s very own annual competitive bike race, The Tour de Yorkshire. Now gearing up for its fifth year, in May, the race attracts some of the best teams in the world including Team Sky, Astana and the Great Britain Cycling Team.

Christian Prudhomme, Director of the Tour de France, described the Tour de Yorkshire as one of the “best attended and most dramatic races on the cycling calendar”.

With such endorsements for the region, it wasn’t long before other race organisers were eyeing Yorkshire and Harrogate as the ideal location for a major competition, and in 2016 it was announced the UCI Road World Championships would be here in 2019.

The competition is the pinnacle of the international cycling calendar and Harrogate will be at the centre of the action, hosting the finish line for each of the nine-days of racing. On the day it was announced Yorkshire had been successful in its bid to host the competition, Sir Gary Verity, chief executive of Welcome to Yorkshire, said: “Yorkshire has shown it can host world-class events with the Grand Depart and Tour de Yorkshire, and now the county has been chosen to host the nine-day UCI Road World Championships in 2019. We have got the scenery, the crowds, and the warm welcome, and we are sure the world’s best riders will love the challenging roads we have to offer.”

For information on the Tour de Yorkshire go to www.letour.yorkshire.com

For more on the UCI World Championships 2019, head to www.worlds.yorkshire.com 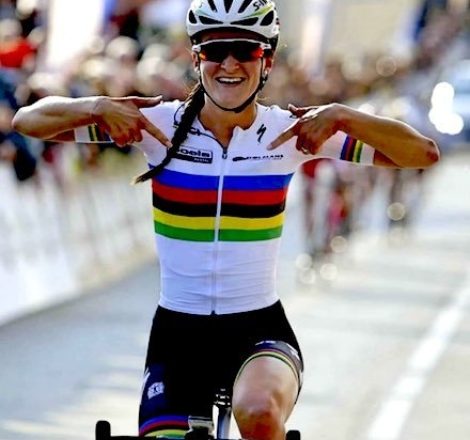