Get down on it (Boogie Wonderland) 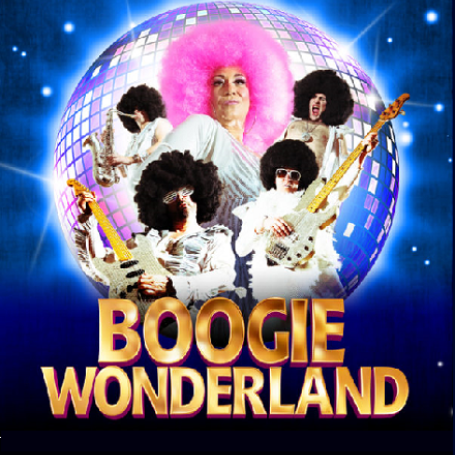 Get down on it (Boogie Wonderland)

Join us for the ultimate celebration of the biggest disco floor fillers ever. Get Down On It is the UK’s number one disco tribute show and is guaranteed to have you dancing All Night Lon

A live 8 piece band of West End musicians present all your favourite disco hits with slick choreography and stunning vocals to deliver the greatest disco party ever!

Revel in the incredible sounds of Earth, Wind & Fire, KC and the Sunshine Band, The Jacksons, Sister Sledge, Bee Gees, Chic and many more, making Get Down On It the perfect party night out.

Celebrate the Good Times and Don’t Stop 'Til You Get Enough!

"There is no finer show in the universe to get the people on their feet!!!”
Mike Peters, The Alarm

"If you want to get down with the hippest, funkiest band in the land then go and see Boogie Wonderland”
Graham Gouldman, 10cc

Boogie Wonderland is now called Get Down On It