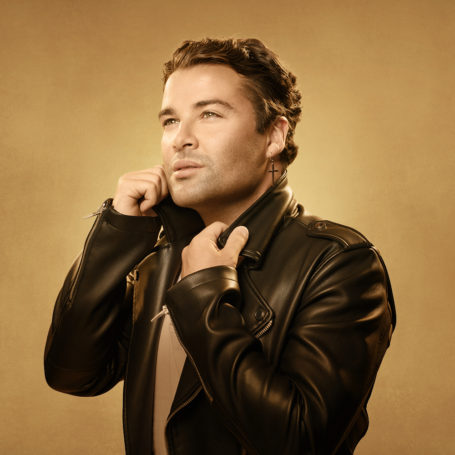 Joe won the sixth series of ITV’s The X Factor in 2009 following his stunning duet of Don’t Let The Sun Go Down On Me with George Michael. A moment that has since racked up almost 7million YouTube views and something Joe will never forget.
“Being given the opportunity to perform alongside George was something I will always have,” recalls Joe. “To this day I still have to pinch myself that me, Joe McElderry, got to sing with George. It was an absolute honour and privilege.”

Celebrating George Michael’s immense catalogue of Grammy award winning hits FREEDOM will have audiences on their feet and reminiscing with fast-paced classics and sensational ballads performed by Joe and a full live band.

This high energy show will take you on an unmissable journey through George’s greatest hits including: Freedom, Careless Whisper, Wake Me Up Before You Go Go, Father Figure, Jesus To A Child, FastLove, Too Funky, Club Tropicana, Cowboys And Angels, Amazing, Outside, Faith, and many more.

Following his X Factor win Joe hit the number one spot with winner’s single The Climb and has since enjoyed success touring across the UK along with being crowned winner of the second series of Popstar to Operastar in 2011 and the first series of The Jump in 2014.

In 2015, Joe played the lead role of Joseph in the UK tour of Joseph and the Amazing Technicolour Dreamcoat as well as the title role in The Who’s rock musical Tommy.
Don’t miss the chance to experience this stunning tribute to one of the World’s most loved artists touring all major theatres next year.

DISCLAIMER: Please note that this is a tribute production and is not affiliated or endorsed by the George Michael estate.