In Conversation with Miriam Margolyes 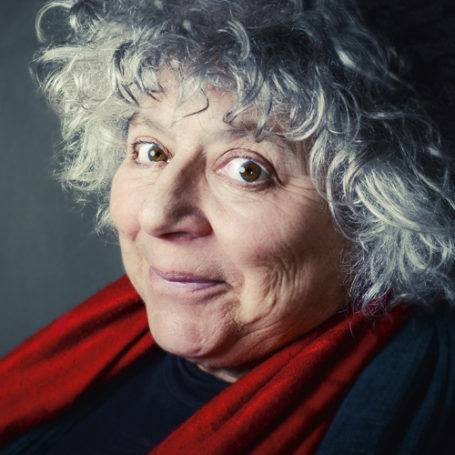 This event ended on Sunday 17th October . Tickets are no longer available.

In Conversation with Miriam Margolyes

Cause UK proudly presents…. In Conversation with Miriam Margolyes.

Miriam Margolyes OBE, is the nation’s favourite (and naughtiest) treasure. Now, at the age of 80, she has finally decided to tell her life story and it’s well worth the wait.

Join Miriam in conversation with the former-BBC Radio York presenter, Anna Wallace, at the Royal Hall in Harrogate on 17th October at 3pm.

Find out how being conceived in an air-raid gave her curly hair; what pranks led to Miriam being known as the naughtiest girl Oxford High School ever had; how she ended up posing nude for Augustus John as a teenager; and what she did when Warren Beatty asked ‘Do you f**k?’. This wonderful memoir takes you on an extraordinary adventure through a truly independent mind and life. With a cast list stretching from Scorsese to Streisand, a cross-dressing Leonardo di Caprio to Isaiah Berlin, This Much Is True is as clever and self-critical, as warm and honest, as full of life and surprises, as its inimitable author.

Join us for an afternoon of laughter and fun.

Born in Oxford, England in 1941 & educated at Newnham College, Cambridge, MIRIAM MARGOLYES is an award-winning veteran of the stage and screen, and an internationally acclaimed voice-artist. Winner of the BAFTA Best Supporting Actress award for The Age of Innocence, she received an OBE in 2002 for Services to Drama.

Miriam's new memoir will be available for sale at the venue with some limited signed editions.

This event ended on Sunday 17th October . Tickets are no longer available.