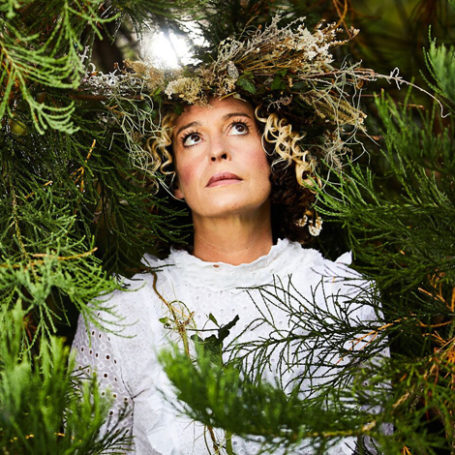 Forever proud to call herself folk singer, Kate Rusby’s beautiful, expressive vocals never fail to connect the emotional heart of a song to that of her audience. Famously down to earth, Kate’s engaging personality and sharp, Yorkshire wit have further endeared her to concert goers everywhere for over a quarter of a century.

Kate’s Christmas Tour – so wondrously captured on her Live at Christmas DVD – has, for many, become as much a part of the festivities as Christmas pudding itself! Warm and inviting, spicy and sparkly she and her marvellous band – joined as ever by a sublime brass quintet – embody the sounds and joyous spirit of the best Christmases ever!

Kate’s band of musicians this December will comprise of:

A Kate Rusby Christmas Concert perpetuates the tradition of Yorkshire carols, Specific carols sung in the crowded pubs of South Yorkshire. Kate sat in the corner of those crowded pubs as a child, so the songs she brings to these shows are in her bones. For over two hundred years, from late-November to New Year’s Day, North Derbyshire and South Yorkshire communities would congregate on Sunday lunchtimes, in their local public house, to belt out their own versions of familiar carols, carols that were often frowned upon by the church in Victorian times as ‘too happy’.

Kate’s happiness, her humour and her storytelling are a feature of her live shows. Each auditorium becomes her front room and we are her welcomed and well-cared-for guests.

To date, Kate has released five albums of songs and carols from this marvellous Yorkshire-inspired tradition and beyond including Holly Head – the current Christmas Album. Kate would describe herself as a ‘Holly Head’ – someone who loves Christmas.

Hugely spirited but undoubtedly family affairs, Kate’s concerts celebrate what makes Christmas so special and so much fun as she and her fellow musicians perform fabulous songs brimful of the goodwill and spirituality of the season and in doing so put smiles on faces and joy in our hearts.