The Cycling Podcast at the World Championships 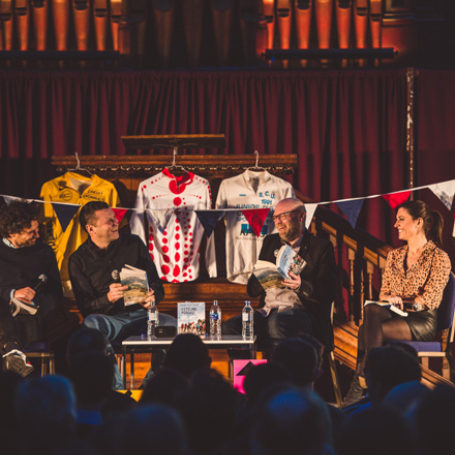 This event ended on Friday 27th September. Tickets are no longer available.

The Cycling Podcast at the World Championships

Where are we Lionel? On stage at the Royal Hall...

The Cycling Podcast brings its unique blend of analysis, insight and humour to the World Championships.

For six years award-winning and best-selling cycling authors and journalists Lionel Birnie, Richard Moore and Daniel Friebe have been providing weekly updates from the world of cycling - covering men and women’s road racing with a smattering of diversions into track, cycle-cross and touring/exploring. They have also reported daily from the three grand tours - providing an unparalleled level of insight into the tactics, trials and tribulations of life inside the peloton whilst giving their listeners a flavour of the sights, sounds and tastes of life on the road for the journalists covering these races.

The Cycling Podcast has won the bronze medal for all sports podcasts at the British Podcast Awards, been awarded best podcast at the Cycling Media Awards and grown to a listenership of more than 100,000 during the grand tours.

For this very special one-off show at the World Championships, Lionel, Richard and Daniel will be joined by colleagues and further special guests to be named later.

Richard Moore is a former Scottish Commonwealth Games cyclist whose first book, In Search of Robert Millar, won Best Biography at the 2008 British Sports Book Awards. His other books include Heroes, Villains & Velodromes, Slaying the Badger, Sky’s the Limit and Étape.

Daniel Friebe is Procycling’s roving European Editor and the author of Eddy Merckx: The Cannibal, Mountain High and its sequel Mountain Higher. He collaborated with Mark Cavendish on his best-selling autobiographies, Boy Racer and At Speed.

Lionel Birnie is a sports journalist and writer who founded the Cycling Anthology series. His books include collaborating on the autobiographies of Rob Hayles and Sean Kelly as well as former England football manager Graham Taylor.

Volunteer: 10% off with code THANKYOU
Group: One free in ten with code PELOTON

For more on the cycling podcast visit https://thecyclingpodcast.com

This event ended on Friday 27th September. Tickets are no longer available.

The UCI World Cycling Championships are coming to Yorkshire in September 2019 with Harrogate the ultimate destination. Click image to play 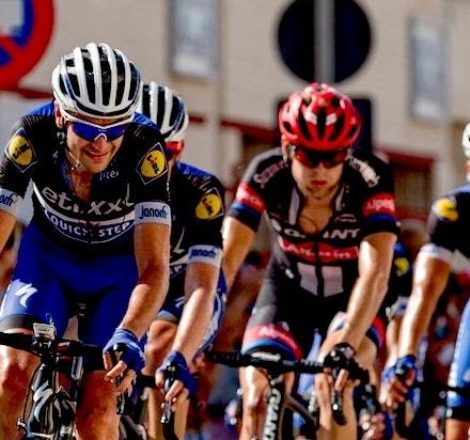